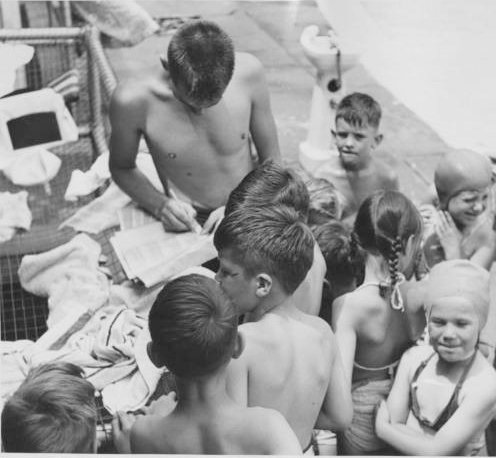 In 1950, the naval air station became a training facility for reservists. In that year, Olathe’s population was 5,593 and the county’s spiraled to 62,783.

The Korean Conflict broke out and the first Olathe casualty was James C. Donham, who died Sept. 24, 1950.

The ’50s brought many other changes to Olathe. A new courthouse was dedicated in 1952 and the old Washburn building was razed. The Olathe Community Hospital opened in 1953 at the southeast corner of Santa Fe and Cooper and delivered 411 babies in 1956. A central office for Southwestern Bell was constructed in 1957 and Delco-Remy, a division of General Motors, opened its plant in 1956.

Olathe celebrated its centennial in 1957 with a true festival of history. The fourth printed history of the city was produced for the event. Two long-time weekly newspapers, “The Olathe Mirror” and “The Johnson County Democrat,” were purchased by Harris Newspapers in 1959 and became “The Olathe News.” The newspaper survives today.

Rock ‘n’ roll music came into its own in the ’50s. The poet Annie Dillard asked “will the music ever be loud enough?”