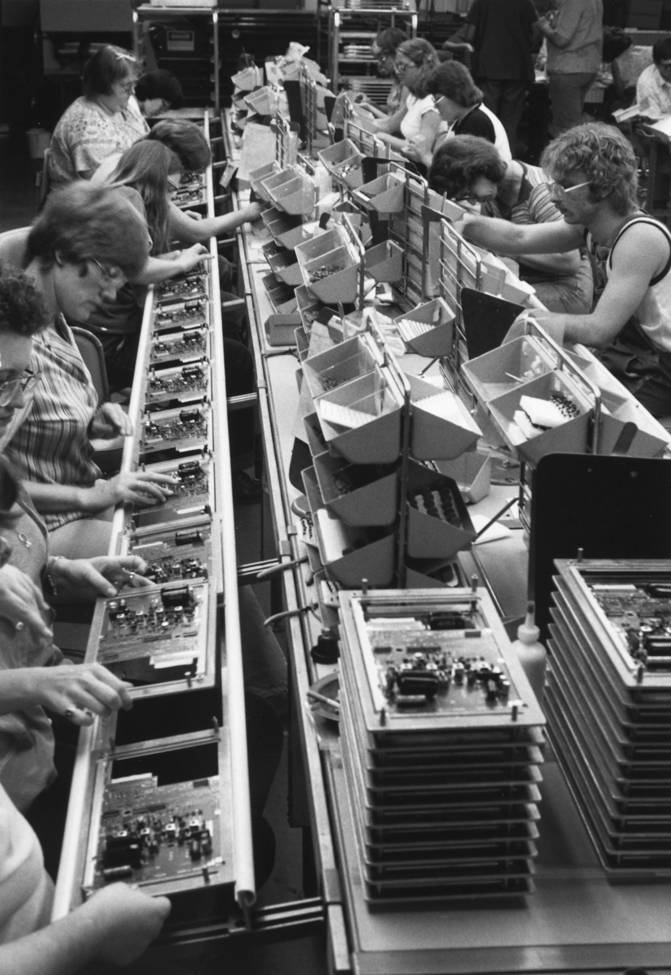 Olathe’s population was 17,917 in 1970. Johnson County recorded 220,073. McDonald’s came to Olathe and the hamburger became the meal of choice. A new Patron’s Bank was built at Santa Fe and Cherry. Olathe became a city of the first class. The Chamber of Commerce celebrated its 50th anniversary.

In 1972, Edgar Moore graduated with the first class of MANC students and went on to win a seat in the Kansas Legislature. Widening of Santa Fe east of I-35 began in March. A seven-story addition to the Johnson County Courthouse was awarded to J.E. Dunn Co. Ernie Miller Park was sold to the county. The First National Bank moved into a new facility at Kansas City Road and Santa Fe. The new Masonic Lodge was built at K-7 and Park. The Havencroft subdivision was nearing completion in 1973. Plans for the construction of a new city hall and the destruction of the old building were completed. Southwest Grease and Oil broke ground for a new plant. Plastic garbage bags were in use by the city sanitation department subscribers. Water shortage was again critical.

Olathe became the tenth largest city and the Olathe School District became the sixth largest in Kansas in 1978. The Southgate cutoff from Kansas to Harrison was approved. Plans for Crossroads Shopping Center were approved as were plans for the new library, post office, and six buildings for MANC.

New housing starts boomed, but new industry did not materialize. A downtown redevelopment committee was formed. More than 31,000 vehicles a day crossed I-35 on Santa Fe and there were 2,130 parking meters in place. Overcrowding in some Olathe elementary schools was again a problem.

Major issues in Olathe City Commission election of 1979 were traffic problems on Santa Fe, the need for industry and planning, controversial street projects, parks development, and sanitation department problems. The Ridgeview and Harold Street projects were approved and Olathe annexed 440 acres from Ridgeview to K-10 north of town. MANC enrolled 1,253 students, and a second parish was created by the Catholic Archdiocese for the east side of Olathe. The new $1.6 million Public Library was dedicated in November.