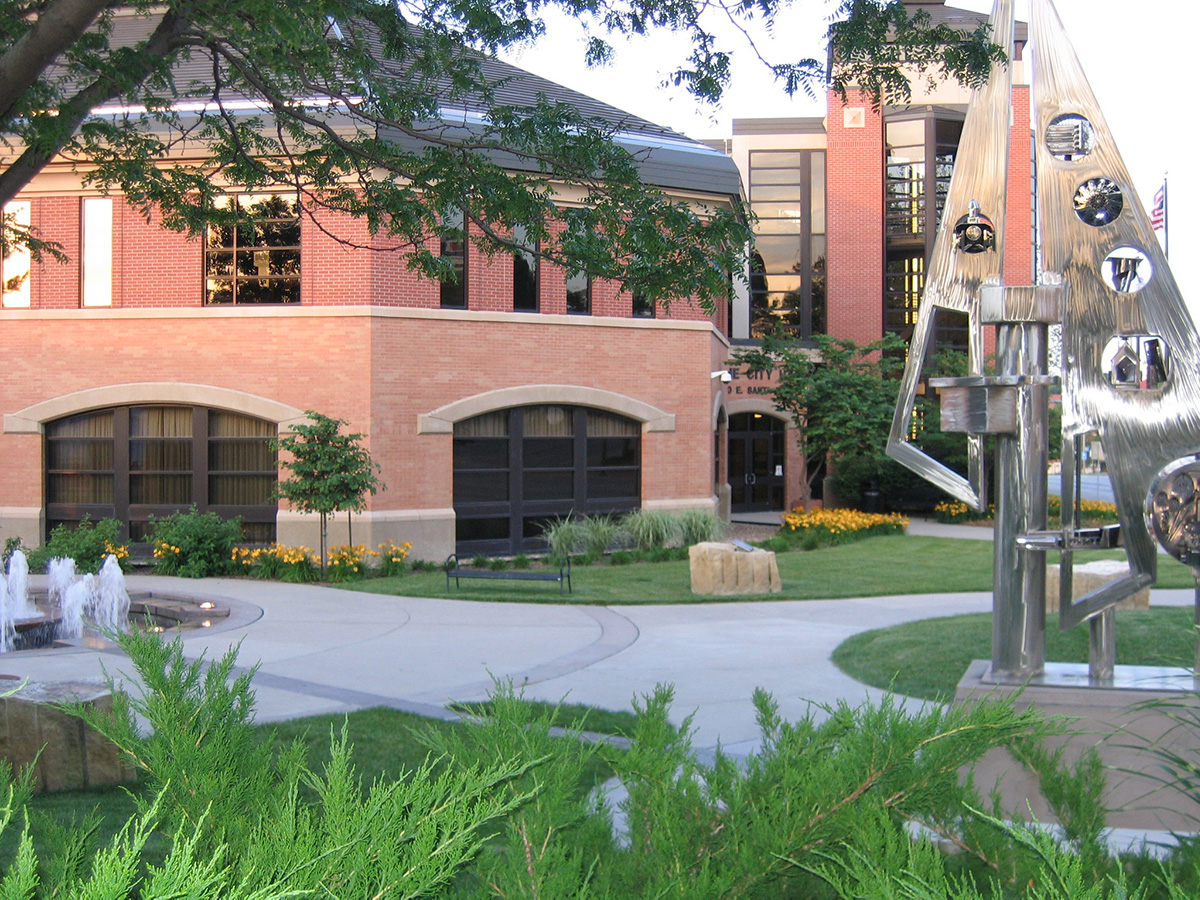 Olathe’s current City Hall was built in the 1990s. Photo courtesy of the City of Olathe.

In the 1990’s Olathe saw the completion of the overpass at I-35 and 151st Street and the opening of the 119th Street Overpass.

Garmin International, industry leader in navigation and communications electronics, relocated to Olathe in 1996.

In the 1990’s seven new elementary schools, one new junior high school, and one new high school opened. Olathe East was built in 1992 on West 127th Street. The first principal was Karl Krawitz.

A delegation from Maebashi, Japan came to Olathe in May, 1998, bringing cherry trees donated by Japanese businessman Akio Fikushima. A dedication ceremony was held at Calamity Line Park, where some two hundred of the trees have been planted.